Baildon is located in the county of West Yorkshire, Yorkshire and the Humber, one mile north of the town of Shipley, four miles north of the major city of Bradford, 156 miles south of Edinburgh, 174 miles north of Cardiff, and 176 miles north-west of London. Baildon lies four miles south-west of the North Yorkshire border, and was historically in the county of Yorkshire. Baildon falls within the metropolitan district council of Bradford. It is in the BD17 postcode district. The post town for Baildon is Shipley.

Baildon on a map 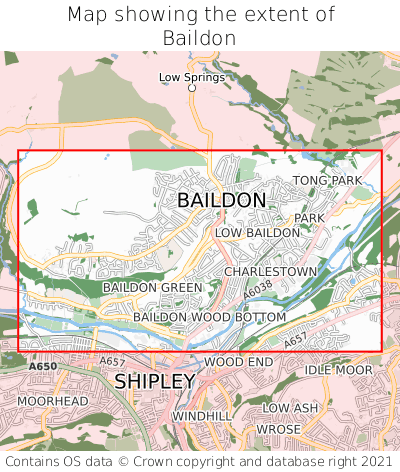 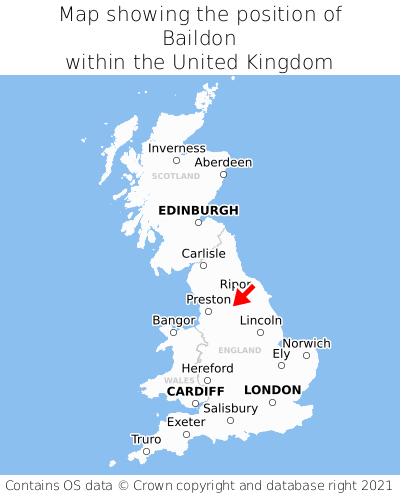 Which county is Baildon in?

Baildon is in the ceremonial county of West Yorkshire, and the historic county of Yorkshire.

Where is Baildon in West Yorkshire? 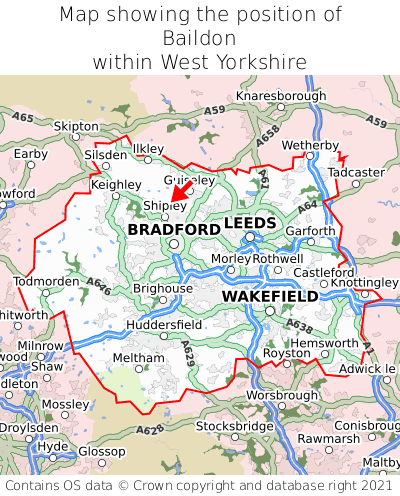 What is the postcode for Baildon?

The nearest postcode to the centre of Baildon is BD17 6LR.

Where is Baildon in BD17? 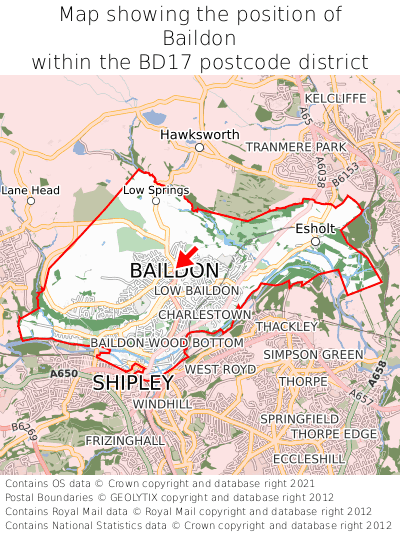 What is the latitude and longitude of Baildon?

What is the easting and northing of Baildon?

The centre of Baildon is located at the grid reference easting 415470 and northing 439712 within the British National Grid (OSGB36) system.

What are the nearest towns to Baildon?

What are the nearest cities to Baildon?