Last Update January 21st, 2021 - WA1 4AS lies on Cotterill Drive in Woolston, Warrington. WA1 4AS is located in the Rixton and Woolston electoral ward, within the unitary authority of Warrington and the English Parliamentary constituency of Warrington North. The Clinical Commissioning Group is NHS Warrington CCG and the police force is Cheshire. This postcode has been in use since January 1980.

The WA1 4AS postcode is within the Warrington Upper Tier Local Authority. As of Thursday 21st January there were 14488 confirmed coronavirus (COVID-19) cases reported by Public Heath England in Warrington. 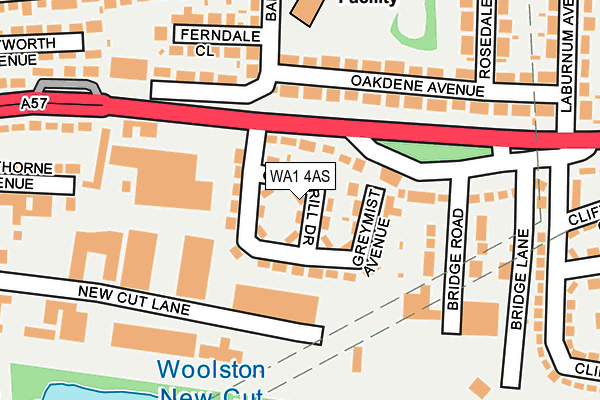 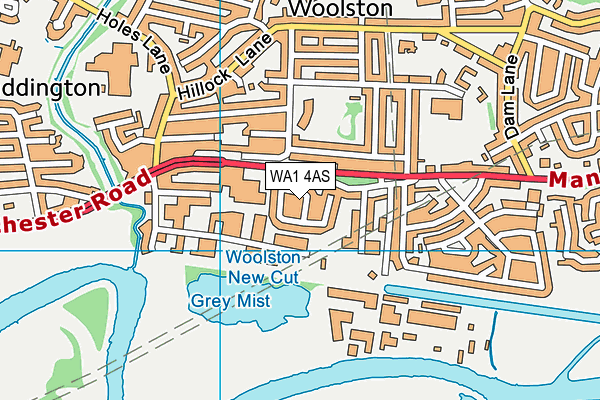 Elevation or altitude of WA1 4AS as distance above sea level:

Reported crime within 500m of WA1 4AS

Nearest bus stops to WA1 4AS

Nearest railway stations to WA1 4AS

➜ Broadband speed and availability dashboard for WA1 4AS

➜ Broadband speed and availability dashboard for WA1 4AS

WA1 4AS gas and electricity consumption

Estimated total energy consumption in WA1 4AS by fuel type, 2015.

17.6% of English postcodes are less deprived than WA1 4AS:

Companies registered in or near WA1 4AS

Nearest sports facilities to WA1 4AS

Nearest schools to WA1 4AS

The below table lists the Nomenclature of Territorial Units for Statistics (NUTS) codes and Local Administrative Units (LAU) codes for WA1 4AS:

Nearest postcodes to WA1 4AS

Things to do with WA1 4AS

WA1 4AS on Google Earth

Primary schools near WA1 4AS with data, rankings and parent reviews

Nearest GPs to WA1 4AS with user ratings

Movies from multiple cinemas near WA1 4AS

How living in WA1 4AS affects your credit rating