Penge is located in the county of Greater London, London, seven miles south-east of the city of City of Westminster, 22 miles north of the major town of Crawley, and eight miles south-east of London. Penge lies five miles north-east of the Surrey border, and was historically in the county of Surrey. Penge falls within the London borough council of Bromley, under the Greater London Authority. It is in the SE20 postcode district. The post town for Penge is London.

Penge on a map 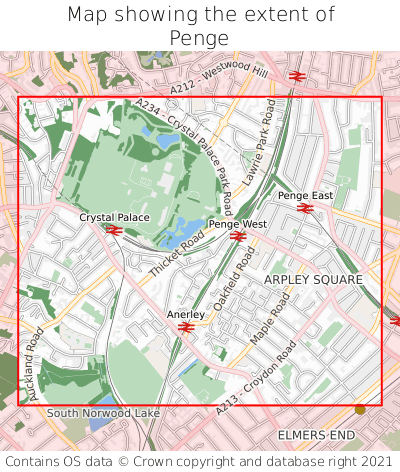 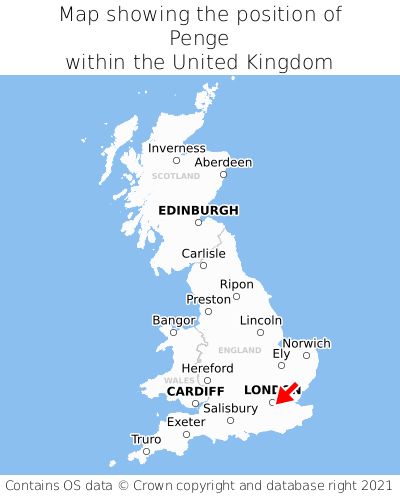 Which county is Penge in?

Where is Penge in Greater London? 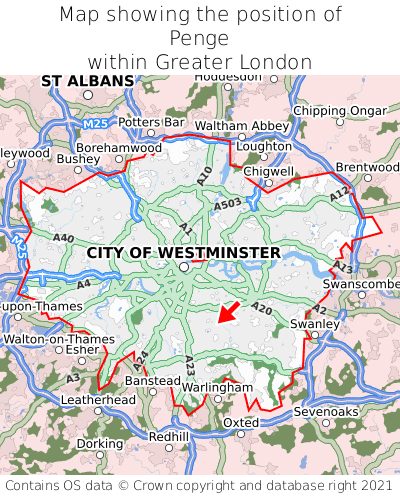 What is the postcode for Penge?

The nearest postcode to the centre of Penge is SE20 7HA. 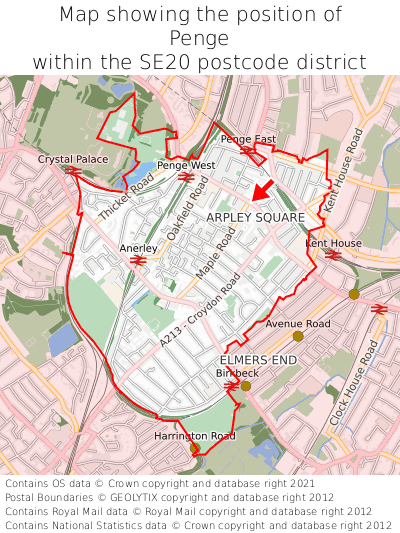 The post town for Penge is London. Penge is in the SE20 postcode district, which corresponds to the post town of London.

What is the latitude and longitude of Penge?

What is the easting and northing of Penge?

The centre of Penge is located at the grid reference easting 535429 and northing 170332 within the British National Grid (OSGB36) system.

What are the nearest towns to Penge?

What are the nearest cities to Penge?

7m
Penge is 7 miles south-east of City of Westminster

7m
Penge is 7 miles south of City of London

41m
Penge is 41 miles north of Brighton and Hove