Ewell is located in the county of Surrey, South East England, one mile north-east of the town of Epsom, 14 miles east of the major town of Woking, and 13 miles south-west of London. Ewell lies roughly one mile south-west of the Greater London border. Ewell falls within the district council of Epsom and Ewell, under the county council of Surrey. It is in the KT17 postcode district. The post town for Ewell is Epsom.

COVID-19: Ewell coronavirus cases are reported by Public Health England within the Surrey case numbers. This Ewell coronavirus map shows the position of Ewell within Surrey, along with the number of cases in Surrey and each of the surrounding areas.

Ewell on a map 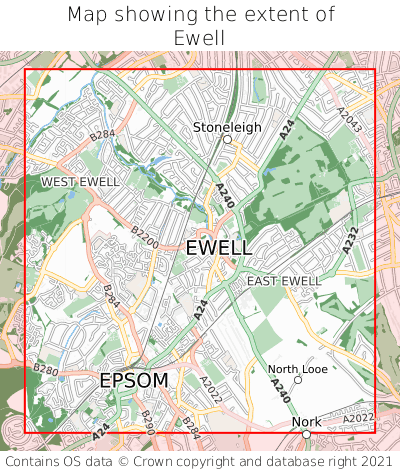 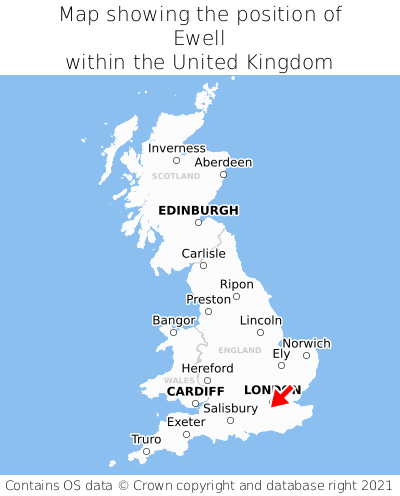 Which county is Ewell in?

Where is Ewell in Surrey? 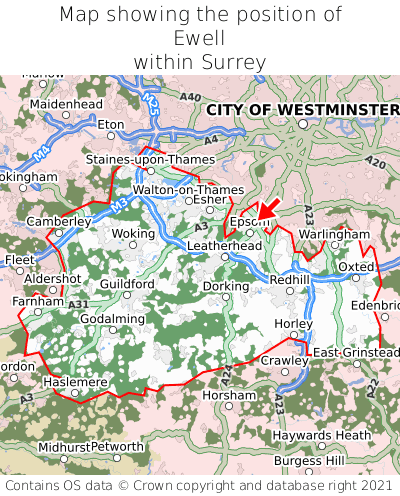 What is the postcode for Ewell?

The nearest postcode to the centre of Ewell is KT17 1UU. 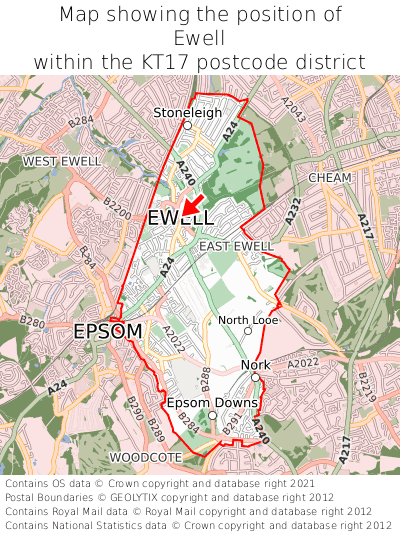 The post town for Ewell is Epsom. Ewell is in the KT17 postcode district, which corresponds to the post town of Epsom.

What is the latitude and longitude of Ewell?

What is the easting and northing of Ewell?

The centre of Ewell is located at the grid reference easting 522013 and northing 162617 within the British National Grid (OSGB36) system.

What are the nearest towns to Ewell?

What are the nearest cities to Ewell?

12m
Ewell is 12 miles south-west of City of Westminster

13m
Ewell is 13 miles south-west of City of London

37m
Ewell is 37 miles north of Brighton and Hove