Leigh is located in the county of Surrey, South East England, three miles south-west of the town of Reigate, seven miles north-west of the major town of Crawley, and 22 miles south of London. Leigh lies four miles north-east of the West Sussex border. Leigh falls within the district council of Mole Valley, under the county council of Surrey. It is in the RH2 postcode district. The post town for Leigh is Reigate. 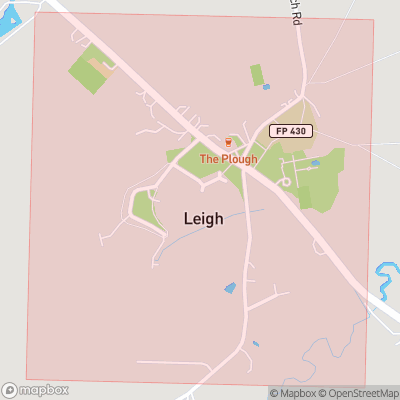 Where is Leigh in Surrey?

The nearest postcode to the centre of Leigh is RH2 8NJ.

Where is Leigh in RH2?

Location of Leigh within RH2

The post town for Leigh is Reigate. Leigh is in the RH2 postcode district, which corresponds to the post town of Reigate.

The centre of Leigh is located at the grid reference easting 522368 and northing 146876 within the British National Grid (OSGB36) system.

21m
Leigh is 21 miles south of City of Westminster

22m
Leigh is 22 miles south of City of London

27m
Leigh is 27 miles north of Brighton and Hove