Largs on a map 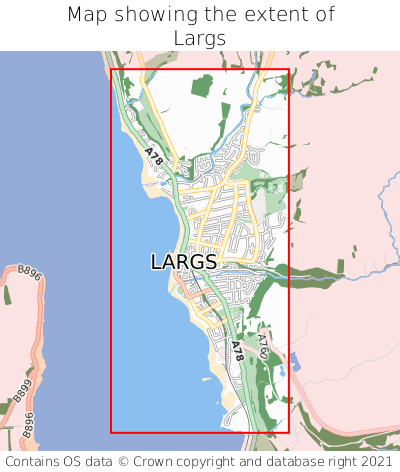 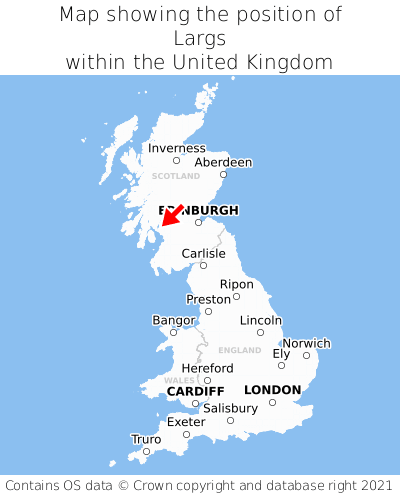 Which county is Largs in?

Where is Largs in Ayrshire and Arran? 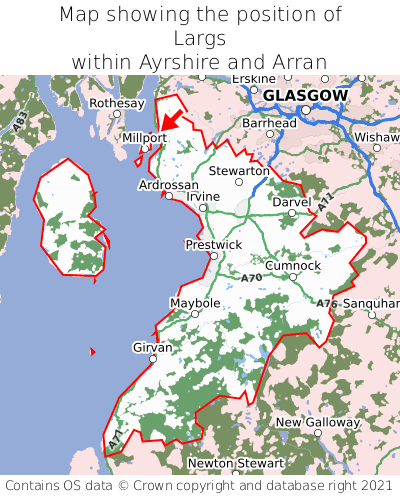 What is the postcode for Largs?

The nearest postcode to the centre of Largs is KA30 8AD. 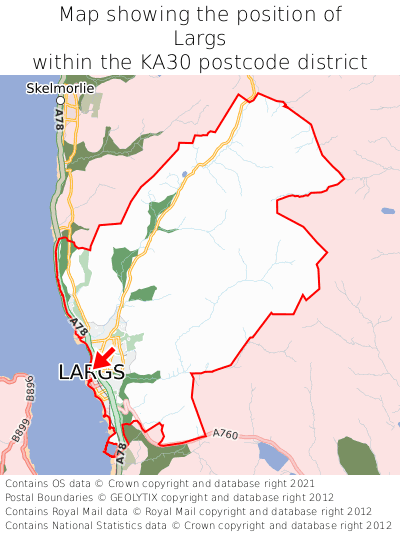 The post town for Largs is Largs. Largs is in the KA30 postcode district, which corresponds to the post town of Largs.

What is the latitude and longitude of Largs?

What is the easting and northing of Largs?

The centre of Largs is located at the grid reference easting 220213 and northing 659394 within the British National Grid (OSGB36) system.

What are the nearest towns to Largs?

What are the nearest cities to Largs?

140m
Largs is 140 miles north-west of Newcastle upon Tyne