Shaw is located in the county of Greater Manchester, North West England, one mile north-east of the town of Royton, three miles north of the major town of Oldham, 152 miles north of Cardiff, and 165 miles north-west of London. Shaw lies four miles south-west of the West Yorkshire border, and was historically in the county of Lancashire. Shaw falls within the metropolitan district council of Oldham. It is in the OL2 postcode district. The post town for Shaw is Oldham.

Shaw on a map 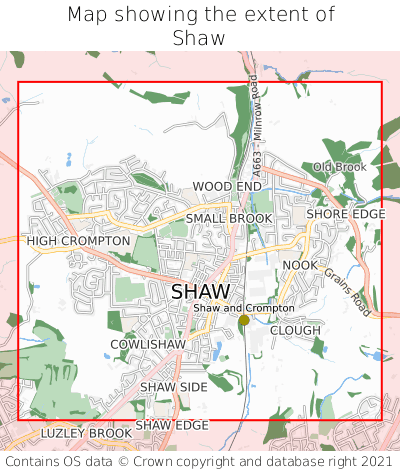 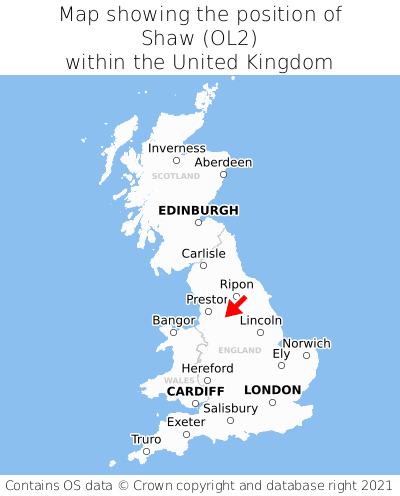 Which county is Shaw in?

Shaw is in the ceremonial county of Greater Manchester, and the historic county of Lancashire.

Where is Shaw in Greater Manchester? 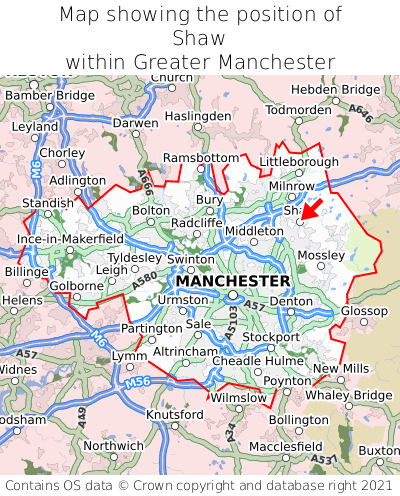 What is the postcode for Shaw?

The nearest postcode to the centre of Shaw is OL2 8AT.

Where is Shaw in OL2? 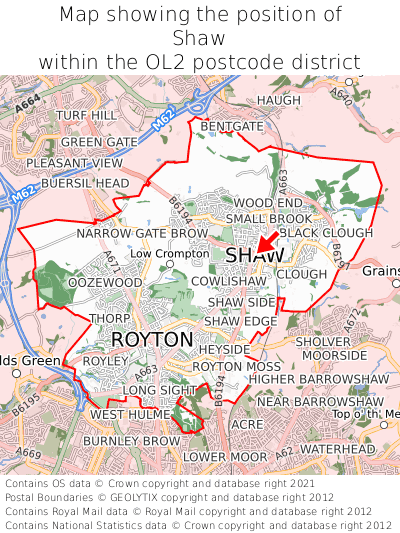 The post town for Shaw is Oldham. Shaw is in the OL2 postcode district, which corresponds to the post town of Oldham.

What is the latitude and longitude of Shaw?

What is the easting and northing of Shaw?

The centre of Shaw is located at the grid reference easting 393800 and northing 409092 within the British National Grid (OSGB36) system.

What are the nearest towns to Shaw?

What are the nearest cities to Shaw?