Selkirk is located in the county of Roxburgh, Ettrick and Lauderdale, Scotland, five miles south of the town of Galashiels, 45 miles north of the major city of Carlisle, 31 miles south-east of Edinburgh, 282 miles north of Cardiff, and 300 miles north of London. Selkirk lies six miles east of the Tweeddale border, and was historically in the county of Selkirkshire. Selkirk falls within the unitary authority of Scottish Borders. It is in the TD7 postcode district. The post town for Selkirk is Selkirk.

Selkirk on a map 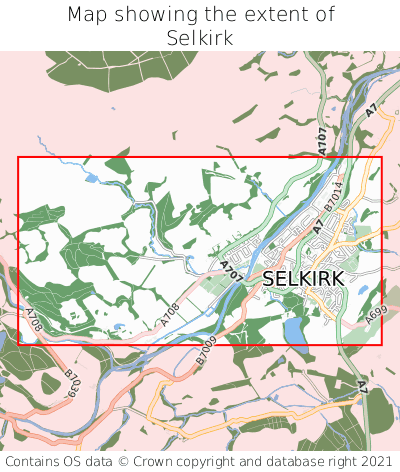 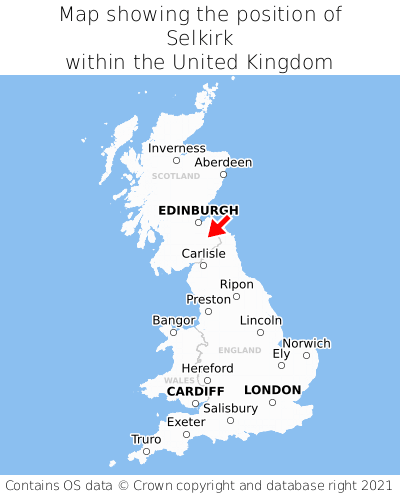 Which county is Selkirk in?

Selkirk is in the ceremonial county of Roxburgh, Ettrick and Lauderdale, the historic county of Selkirkshire, and the administrative county of Scottish Borders.

Where is Selkirk in Roxburgh, Ettrick and Lauderdale? 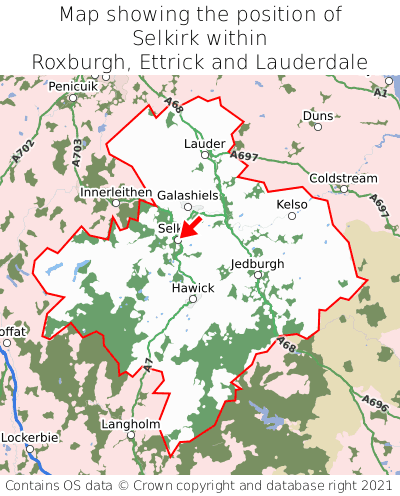 What is the postcode for Selkirk?

The nearest postcode to the centre of Selkirk is TD7 4BZ.

Where is Selkirk in TD7? 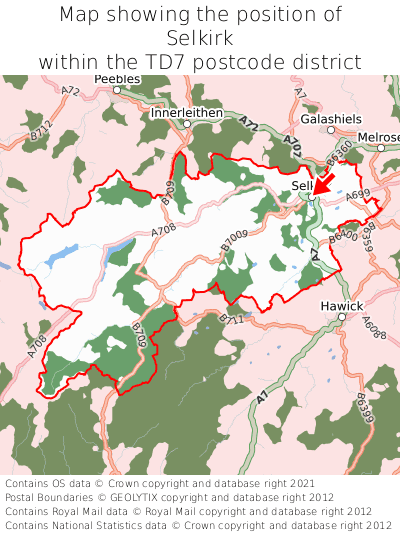 What is the latitude and longitude of Selkirk?

What is the easting and northing of Selkirk?

The centre of Selkirk is located at the grid reference easting 347056 and northing 628549 within the British National Grid (OSGB36) system.

What are the nearest towns to Selkirk?

What are the nearest cities to Selkirk?

63m
Selkirk is 63 miles north-west of Newcastle upon Tyne