Leigh is located in the county of Wiltshire, South West England, three miles west of the town of Cricklade, seven miles north-west of the major town of Swindon, 55 miles east of Cardiff, and 77 miles west of London. Leigh lies two miles south-east of the Gloucestershire border. Leigh falls within the unitary authority of Wiltshire. It is in the SN6 postcode district. The post town for Leigh is Swindon. 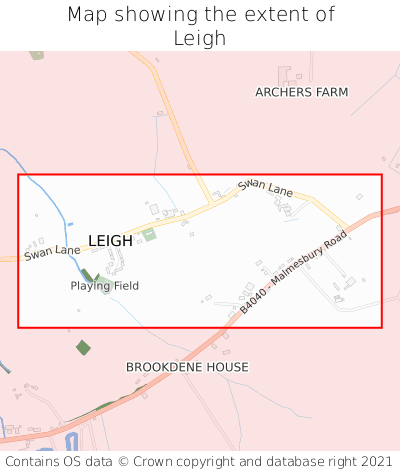 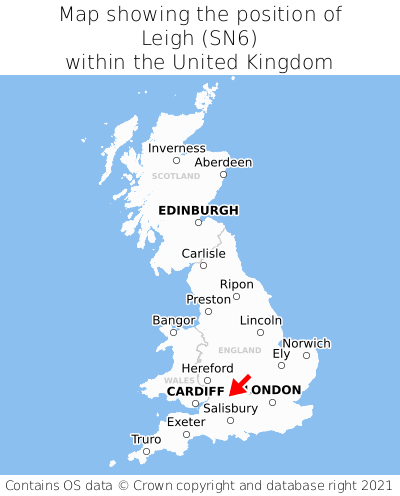 Where is Leigh in Wiltshire? 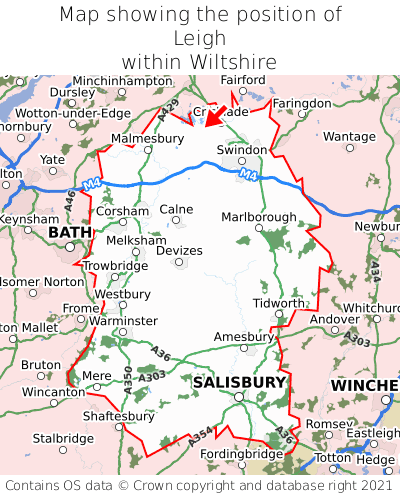 The nearest postcode to the centre of Leigh is SN6 6RE.

Where is Leigh in SN6? 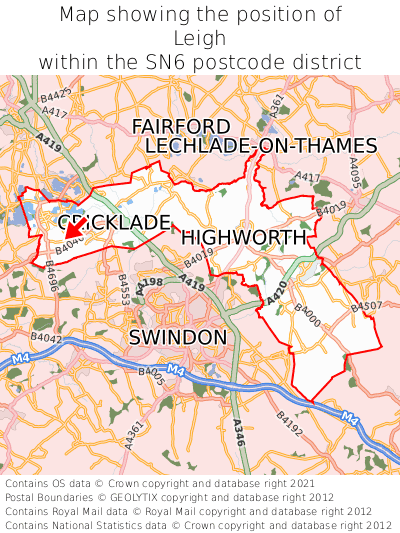 The post town for Leigh is Swindon. Leigh is in the SN6 postcode district, which corresponds to the post town of Swindon.

The centre of Leigh is located at the grid reference easting 406098 and northing 192134 within the British National Grid (OSGB36) system.