Erith on a map 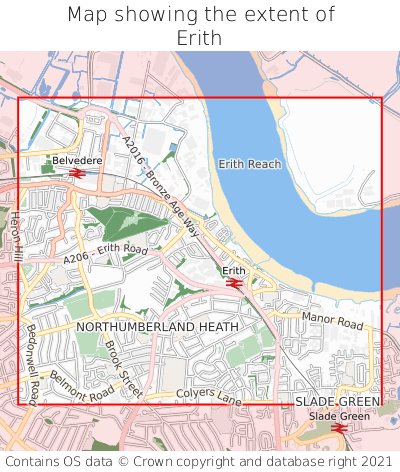 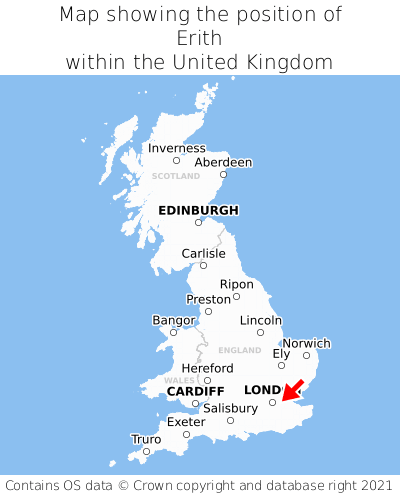 Which county is Erith in?

Where is Erith in Greater London? 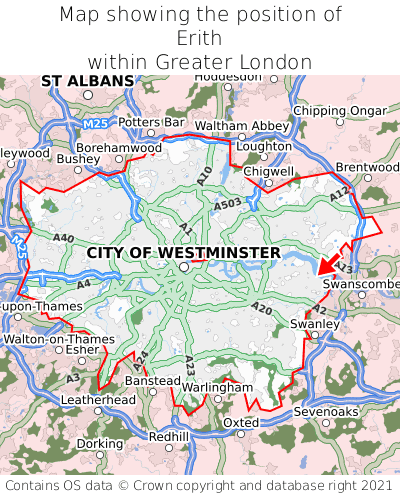 What is the postcode for Erith?

The nearest postcode to the centre of Erith is DA8 1SP.

Where is Erith in DA8? 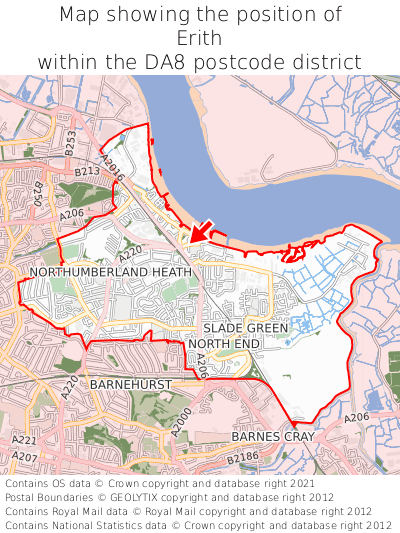 The post town for Erith is Erith. Erith is in the DA8 postcode district, which corresponds to the post town of Erith.

What is the latitude and longitude of Erith?

What is the easting and northing of Erith?

The centre of Erith is located at the grid reference easting 551421 and northing 178014 within the British National Grid (OSGB36) system.

What are the nearest towns to Erith?

What are the nearest cities to Erith?

12m
Erith is 12 miles east of City of London

13m
Erith is 13 miles east of City of Westminster

48m
Erith is 48 miles north of Brighton and Hove