Croft on a map 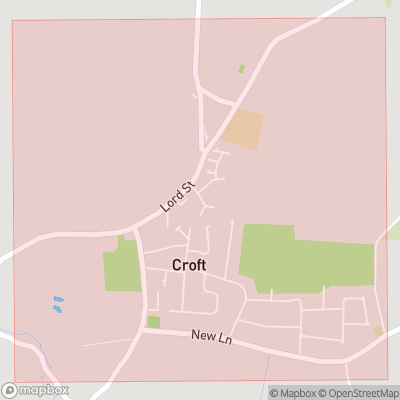 Which county is Croft in?

Croft is in the ceremonial county of Cheshire, the historic county of Lancashire, and the administrative county of Warrington.

Where is Croft in Cheshire?

What is the postcode for Croft?

The nearest postcode to the centre of Croft is WA3 7DD.

Where is Croft in WA3?

Location of Croft within WA3

What is the latitude and longitude of Croft?

What is the easting and northing of Croft?

The centre of Croft is located at the grid reference easting 363269 and northing 393633 within the British National Grid (OSGB36) system.

What are the nearest towns to Croft?

What are the nearest cities to Croft?